Trends come and go—in interior design, technology, and especially fashion. Sometimes these trends stick around and stay awhile; other times they fizzle out and resurface decades down the road. But when you come across a family with exemplary taste and impeccable wardrobes (think punchy pops of color, animal-print heels, and patterned shirt ties), you make that chic style permanent—in the form of a cheerful home remodel.

“We simply brought in their personalities,” says Lucy Penfield, design principal of Lucy Interior Design. “The beauty of the homeowners is that they think of a room like a whole outfit with all the pieces.”

The fashion-forward professionals, who double as parents to three boys (one 13-year-old and a set of 11-year-old twins) and an Australian Labradoodle, met Penfield nearly 15 years ago after they moved to Minnesota in late 2005. He’s from the east coast; she’s originally from the west—and in 2013, her California roots attracted the couple to this Mediterranean-style home in Edina. 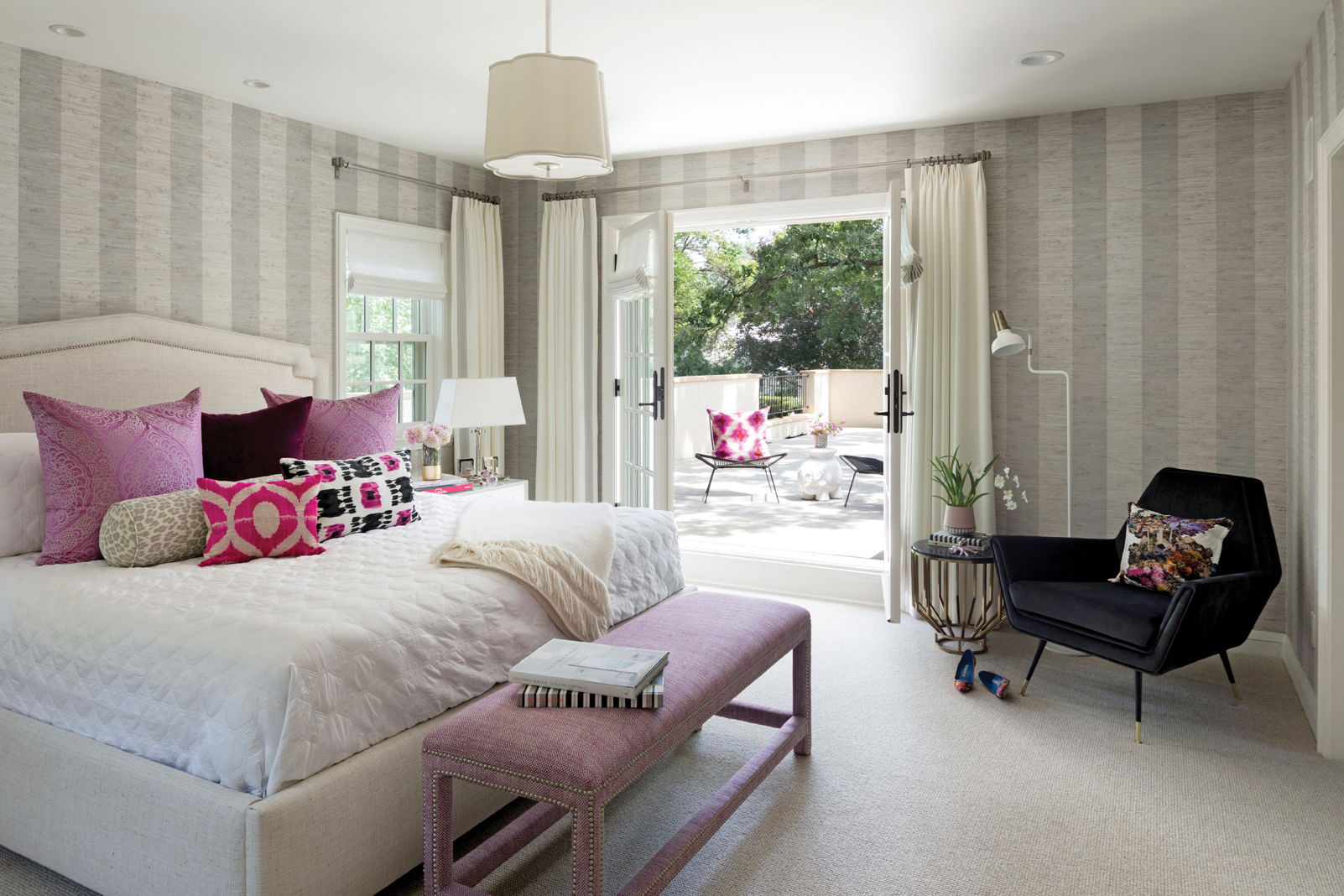 “When I first moved to Minnesota, the architecture threw me,” the wife says. “There’s something very disparate about these Tudors, and some of the architecture did not appeal to me. The Mediterranean style felt familiar.”

But in this case, familiar didn’t mean fabulous. The original 1927 home was dark with repeating wood finishes and dated details from a previous remodel in the late ’90s. The homeowners chipped away at small updates over the years, but it was never quite enough. “When we first moved in, it was just a little bit of lipstick on the pig,” the homeowner says, “but things started to add up to the point where it made sense to bring in a builder and really go after it.”

That builder was Minneapolis-based Vujovich Design Build, with design director Greg Kraus leading the charge behind the structural changes. Penfield and Lucy Interior Design’s own design director Stephanie Lalley were close behind, and together, they worked to enhance the home’s Mediterranean flair and function for the active family of five.

“Often in Minnesota you’ll find homes that are a blend of architectural styles, but this was a rare find with very distinct Mediterranean elements,” Kraus says. For instance, the foyer features hand-thrown Spanish Mediterranean tiles, ornate plaster details, and dreamy archways that take center stage and frame the vibrant interiors that fill the main floor. And don’t forget about the exterior: “There’s the terracotta-tiled rooftop, arch-top windows, and, of course, that strong connection between outdoor and indoor living spaces.”

However, this house is not unique simply because it’s Mediterranean-influenced. For example, beyond the zebra-patterned stair runner and wrought-iron railing, a playroom awaits—brandishing a colorful, book-covered wallpaper decorated with papier-mâché animal heads. Through a set of double doors into the breakfast room, a farmhouse-style table juxtaposes the Currey & Company turquoise chandelier that hangs overhead. Plus, to the clients’ pleasure, pre-owned and existing items remained integral elements of Penfield and Lalley’s designs, such as the clients’ sizeable art collection which features works by Minnesota-born artist Erik Madigan Heck and more. In addition, the dining room’s reupholstered pink velvet chairs were passed down from parents and refinished with black lacquer and thin gold trim. “Over the years, [Lucy] has been great about working with existing pieces we love and want to keep in the mix,” the client says.

That’s not to say new touches of style and sophistication weren’t welcome, though, specifically in the kitchen. And although the physical footprint didn’t change, nearly everything else did—from the cabinetry and countertops to the finishes and bronze fixtures. Kraus eliminated a non-functional island and overwhelmingly large cabinets around the range, making room for two focal points: a statement-making backsplash, which Penfield describes as the “crème de la crème,” and the curved-edge, horseshoe island. His work transformed the kitchen to fit the functional needs of both the homeowners (there’s now a seamless flow between the stove, fridge, and main sink) and the boys. (To save a few powder room hand towels, they now have a separate sink to wash their hands after shooting hoops in the driveway, the homeowner jokes.)

But even still, Penfield depicts the house as a “family-geared” home, proven true during quarantine as the family has spent more and more time cooking up a storm in the new kitchen. “It’s been really fun, and we’re eating really well,” the homeowner says. “For me, it’s heaven to get to do this. We’ve created a space that absolutely reflects us, both in terms of our lifestyle and our loves.”

And that’s what the remodel came down to, Kraus says. It’s about reimagining this Mediterranean-style home for modern living and the homeowners’ exquisite tastes—in both their kitchen and their closet. 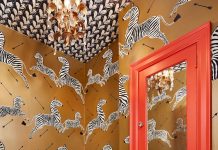 Powder Rooms That Pack A Punch 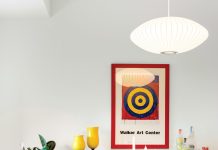